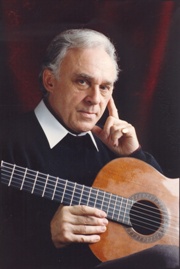 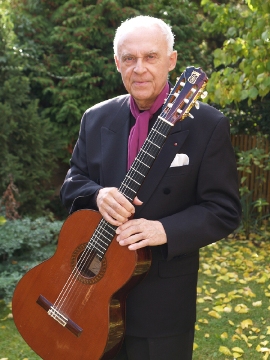 Professor of the State Music Conservatory in Prague.

Guest Professor at the Hochschule für Musik in Saarbrücken (Germany).

Author of the most popular guitar textbook and author of many music related professional publications.

2005 -The concert of Jiri Jirmal took place at the Hradcany Castle in order to celebrate his 80th birthday. The festivity was sponsored by the president of the Czech republic, Vaclav Klaus.

2006 - The municipal authorities of the town Prague in conjuction with the Intergram Corporation issued a price to Jiri Jirmal for an outstanding and long lasting artistic performance.

Toward the end of 2008 Jiri Jirmal released his 5th CD with a title "Classical Guitar Jazz Performances". This work represents a new arrangement of his compositions.

All Jiri Jirmal' s recordings and compositions are typical for his creative and innovative character, continuation of his lifetime concept that combines various elements of the classical and jazz music.